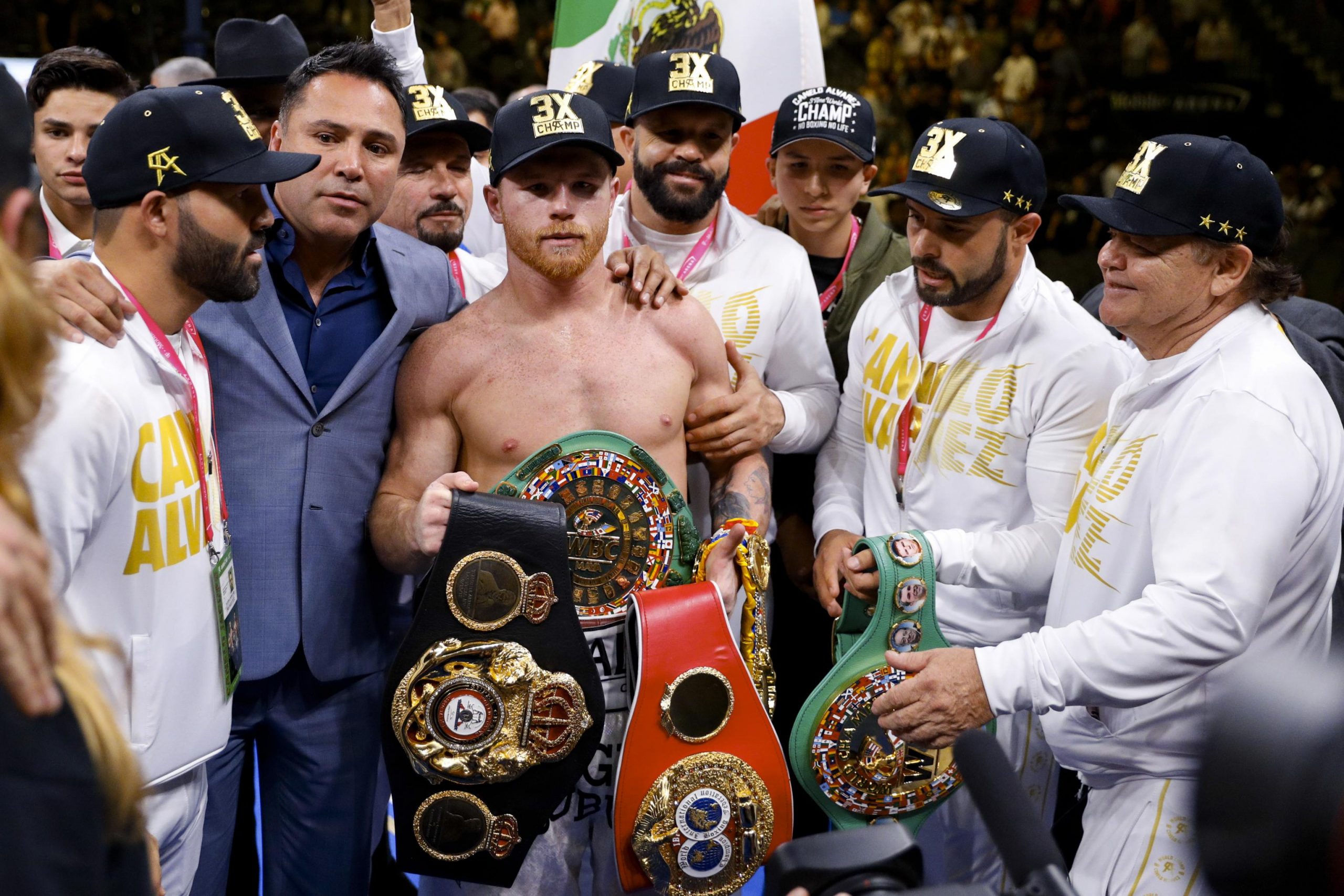 Saul “Canelo” Alvarez embarrassed Julio Cesar Chavez Jr and is now moving onto challenging Gennady Golovkin. This is the fight to be made in boxing. It should be one of the best fights of the year. Canelo and Golovkin are highly skilled fighters in their primes. The winner will become the best middleweight in the world and a contender for the number one pound-for-pound spot.

1. The Ring Magazine middleweight title will on the line.

The WBC world middleweight title, WBA super world title, IBF world title, and the International Boxing Organization world title are on the line. Canelo can’t win the IBO or WBC titles but that is three of the four major titles. That makes this bout important but The Ring title adds that much more to this fight.

The Ring title goes straight back to Bernard Hopkins and each new champion has beaten the last one. Alvarez is the current champion and Golovkin will surely want to add it to his trophy case.

2. Both men believe in their offensive weapons.

They are both offensive minded fighters and their styles should mesh well. Golovkin never stops pushing forward, uses a great jab, a vicious body attack, and has massive power. Canelo is a boxer puncher and if he can time you he will throw effective counter punches.

Golovkin tends to square up and is open to counter shots. If Canelo times him he will be able to sling counters and hurting Golovkin may be hard but he can at least back him off. Both men like to throw in combination so there will be chances for each man to counter punch.

Golovkin also has a very unorthodox punching style. He hits guys a lot on the side of the head and between the ribs because they aren’t used to punches going around their guard like that. His footwork is also very good. He moves around the ring and cuts off the ring very well.

Both men can punch hard. Golovkin has knocked out all but three men he has faced. Canelo has 34 knockouts in 49 wins. His power hasn’t been as good at the higher level but he still has enough power to stop a top fighter. His power may not matter though because Golovkin has a chin of steel.